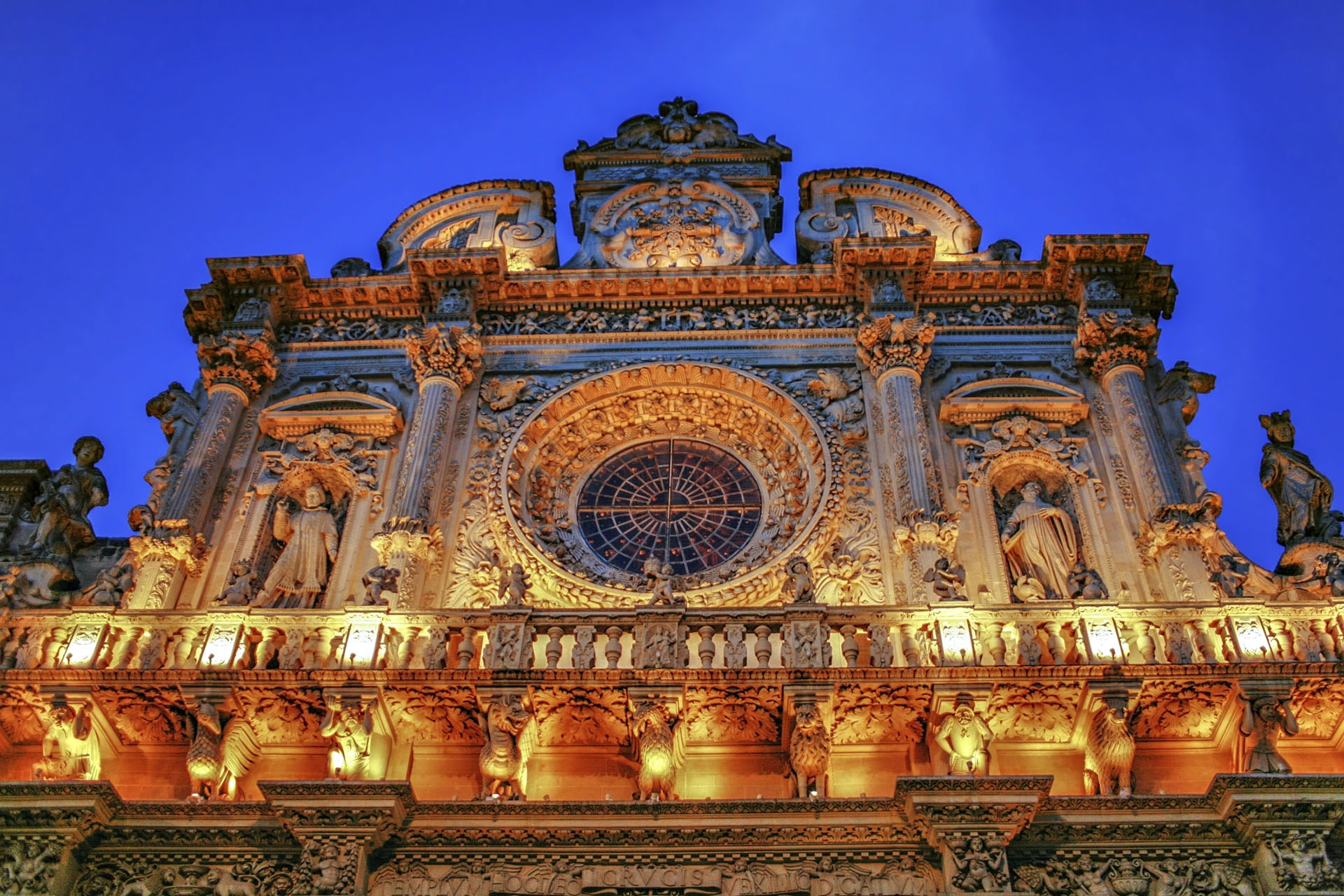 The solemn Basilica of Santa Croce is a glimpse you don’t expect, a sumptuous feast of stone that unfolds in front of the eyes of whoever strolls along Umberto I avenue, , not far from Sant’Oronzo square, in Lecce,  the very symbol of Lecce’s Baroque. Built by the count of Lecce Gualtieri VI of Brienne in 1353, it was elevated to Basilica by the pope Pius X in 1906. The façade is punctuated by a series of columns, featuring a balcony with a balustrade, supported by figured corbels. The triumph of decorations is simply mind-blowing, while at the centre of this explosion of low reliefs and sculptures in Lecce stone, a creation by Cesare Penna based on a design by Giuseppe Zimbalo, stands out the large rose window, decorated with floral friezes, bunches of fruits and cherubs. The Basilica is accessed via three portals, of which the central one is richly decorated. The interior, featuring a Latin-cross layout and a hemispherical dome, is divided into three naves by columns with sculpted capitals. The central nave presents a wooden coffered ceiling. Amid the sumptuous rich decorations of the interior, stands out the altar of San Francesco di Paola, decorated with twelve low reliefs depicting the life of the Saint, created by Francesco Antonio Zimbalo.